One of the most common base oils used in soap making is coconut oil (botanical name Cocos Nucifera Coconut Oil), and there is a purposeful reason for its popularity. Coconut oil helps to produce a bar of soap that has excellent cleaning properties. Most important to the soap maker is the desirable fluffy bubbly factor that coconut oil adds to finished soap. 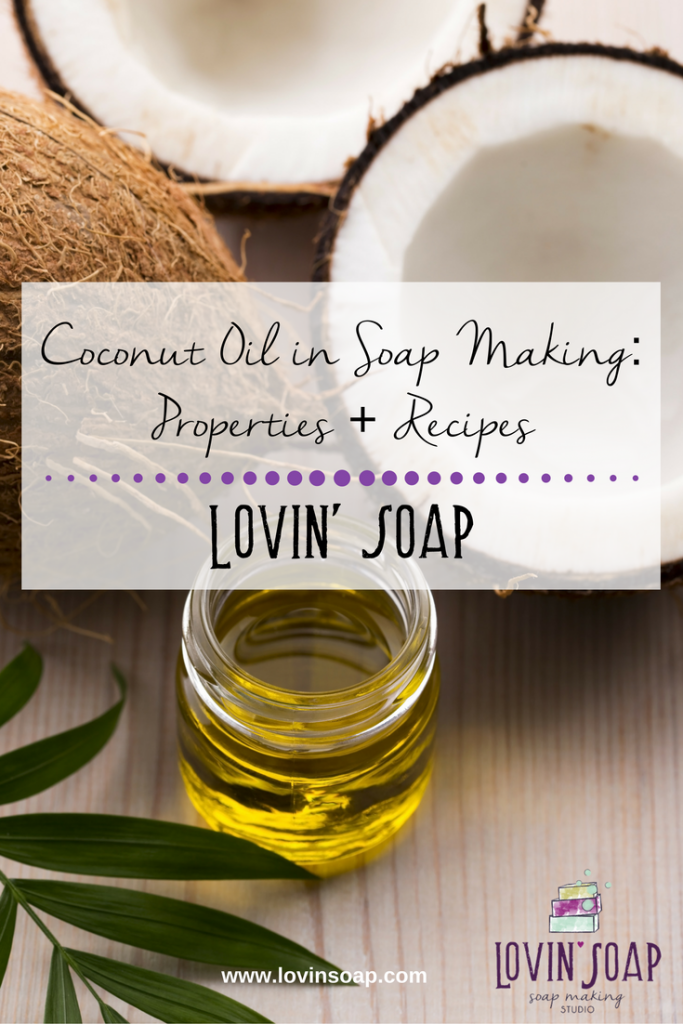 Coconut oil is available in both solid and oil form, with solid coconut oil that begins to melt at specific temperatures:

92 Degree Coconut Oil – has had carbon atoms added which extends the melting point, begins to melt at 92 degrees F

The most common type of coconut oil used by soap makers is refined, either 76 or 92 degree. Check with your manufacture to ensure they list refined coconut oil with wording such as 100% pure, or no added chemical. The use of unrefined coconut oil may leave extra undesirable odors in finished soap. Soap makers in warm climates generally prefer 92 degree coconut oil because it remains solid at an above average room temperatures.

I personally don’t use fractionated coconut oil to make soap because it makes a soft and mushy soap. I use it in leave on products such as roll-on perfumes. 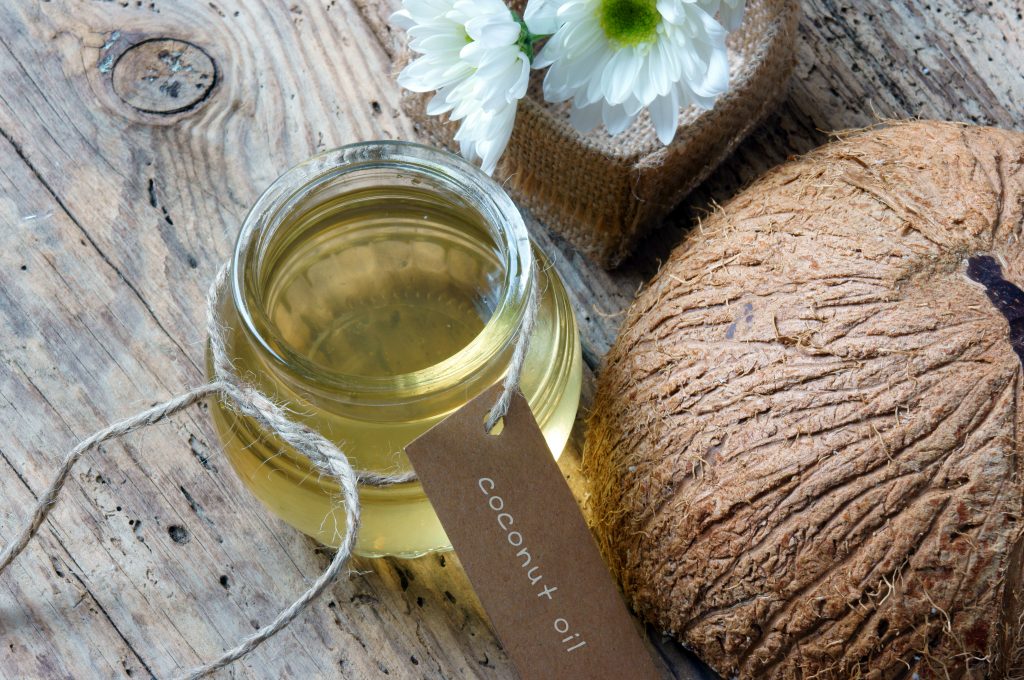 Now for the fatty acid profile and soap qualities for coconut oil. These values are based on the use of refined solid coconut oil (either 76 or 92 degrees):

As you can see, coconut oil adds to the cleansing properties and bubbly lather in soap, but not so much for conditioning or moisturizing values.

And finally, to assist with calculating your soap recipes, the SAP (saponification) value for refined coconut oil is:

I personally use 15-50% depending on the rest of my oils and my superfat.

High amounts of coconut oil can be drying, however you can always use a higher superfat to counteract the drying effect. The more un-saponified oils (superfat) in your soap, the more moisturizing it is. Experiment making a 100% coconut oil soap with a 20% superfat and you might be surprised at the results.

Substitution for Coconut Oil in Soap

Babassu oil has similar properties to coconut oil in soap. It creates a hard, bubbly and cleansing soap. Therefore, it can be substituted in recipes if you don’t want to use coconut oil or are allergic to coconut oil. As always, when substituting oils, be sure to run your new recipe through a lye calculator to get your new lye amount.

Most of the recipes here on LovinSoap.com use coconut oil! Here are some of my favorite recipes featuring coconut oil.

Another great recipe is the 100% coconut oil soap for laundry powder.

Salt bars are high in coconut oil because the bubbly lather produced by coconut oil counteracts the bubble-killing actions of salt. Learn How to Formulate Soap Salt Bars here. Our top salt bar recipe on LovinSoap.com is the Coffee and Cocoa Salt Bars Recipe.

And just for fun, check out when Benjamin and I made coconut oil with our soap making group in Senegal.