The Making of the 25 Color Cold Process Swirl 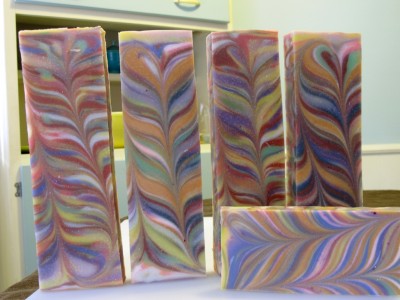 This past weekend I had the talented and super fun Holly Port at my house.  She came to help me with a soap class and knock out some soapy projects.  (Really I just wanted to see her…the class was just an excuse!)  I thought we needed to do something crazy…something extraordinary…something challenging while she was here.  So I decided on a 25 color (+ white) 18 pound cold process soap swirl!  I invited over a couple of local soapers to give us a hand…Theresa and Yolanda!  I knew the four of us could pull this off!  It was on!  Here are some picture from the event. 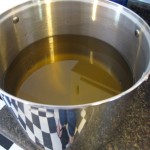 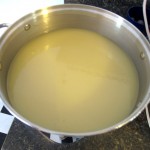 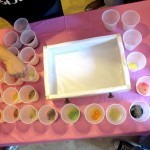 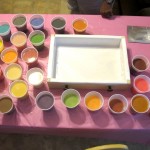 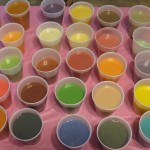 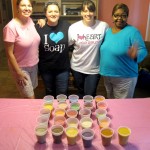 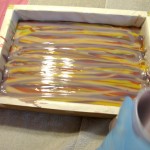 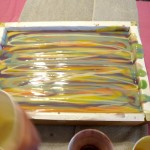 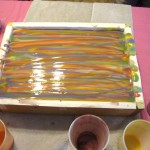 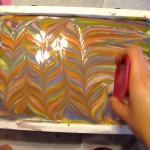 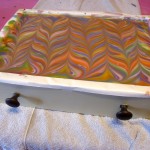 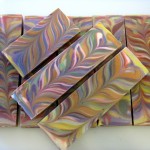 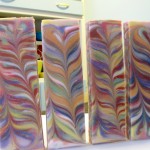 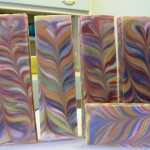 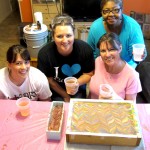 Thanks – Yolanda, Theresa & Holly for coming over and tackling this with me!  Thank you to George who brought us snacks and a celebratory drink!  There’s nothing better than spending an afternoon soaping with friends!