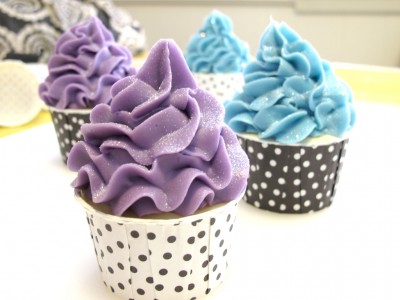 I’m currently converting most of my recipes to being palm free. One technique I love to use is piping cold process soap on cupcakes. I do whipped soap also but this isn’t whipped soap. Its simply just waiting for the soap to get thick enough and then piping it. Super easy to do! So here is the recipe that I used:

I melted the coconut oil and shea butter, then added the olive oil.  Everything is ready to go.

Brought the mixture to a light trace and divided it out into three parts. 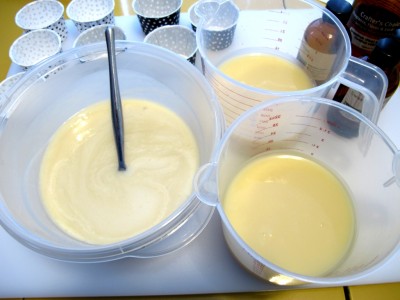 I put some pearl mica in the white base and then colored two parts purple and blue. I poured the base into the cupcake liners. 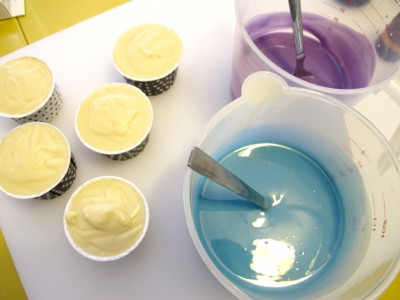 Then I waited until the purple and blue set up enough to pipe. I waited about 10 or so minutes and stirred every now and then to check the consistancy. Once it was thick enough I put it in a piping bag with a 1M tip. I like to set mine in a cup to hold things up straight while I fill the bag. 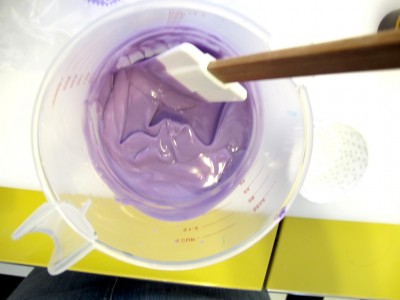 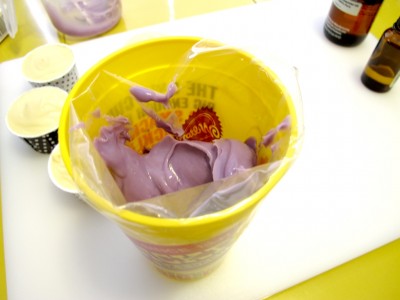 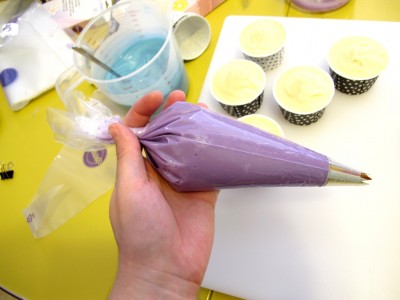 You can find all kinds of cupcake piping videos on youtube. I didn’t have enough hands to take pics of the whole process but I start with a blob in the middle. 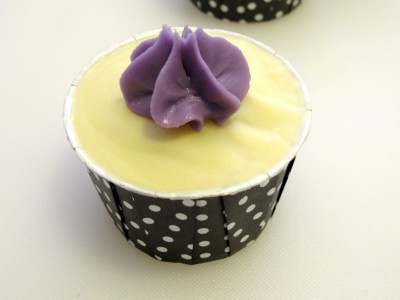 Then starting on the outside…spiral to the inside. 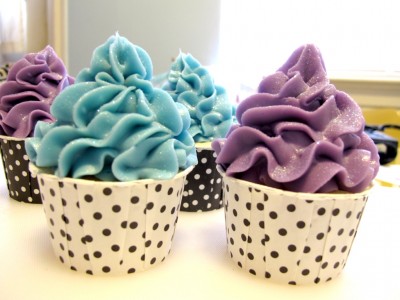 And add glitter! I don’t know why…but I always have to top cupcake soaps with glitter.

Let these cure for 4 weeks. Here is a great video on how to cut your cupcake soap in half for easier use!

14786shares
We use cookies to ensure that we give you the best experience on our website. If you continue to use this site we will assume that you are happy with it.Ok